At Home with Eve Mercier

A sense of authentic ease is evident throughout Eve Mercier’s Stanley home. Her bright seaside apartment reflects her vision and personality, as does the surrounding village atmosphere far removed from high rise buildings and cityscapes. At the far western end of the Stanley Peninsula overlooking secluded St Stephens Beach, the location is the antithesis of Hong Kong’s central district. So too is the pragmatic-luxe interiors vibe. For Eve and her family, this was exactly what they had in mind when Habitat made the introduction just over seven years ago. Eve is the founder of Insight Interior Design School a trailblazing concept in Hong Kong. Tapping into a niche concept, students work on real-life projects with real clients and deadlines. Her long and short courses focus on artisan experience, technique, atelier visits, lectures and skills demonstrations. 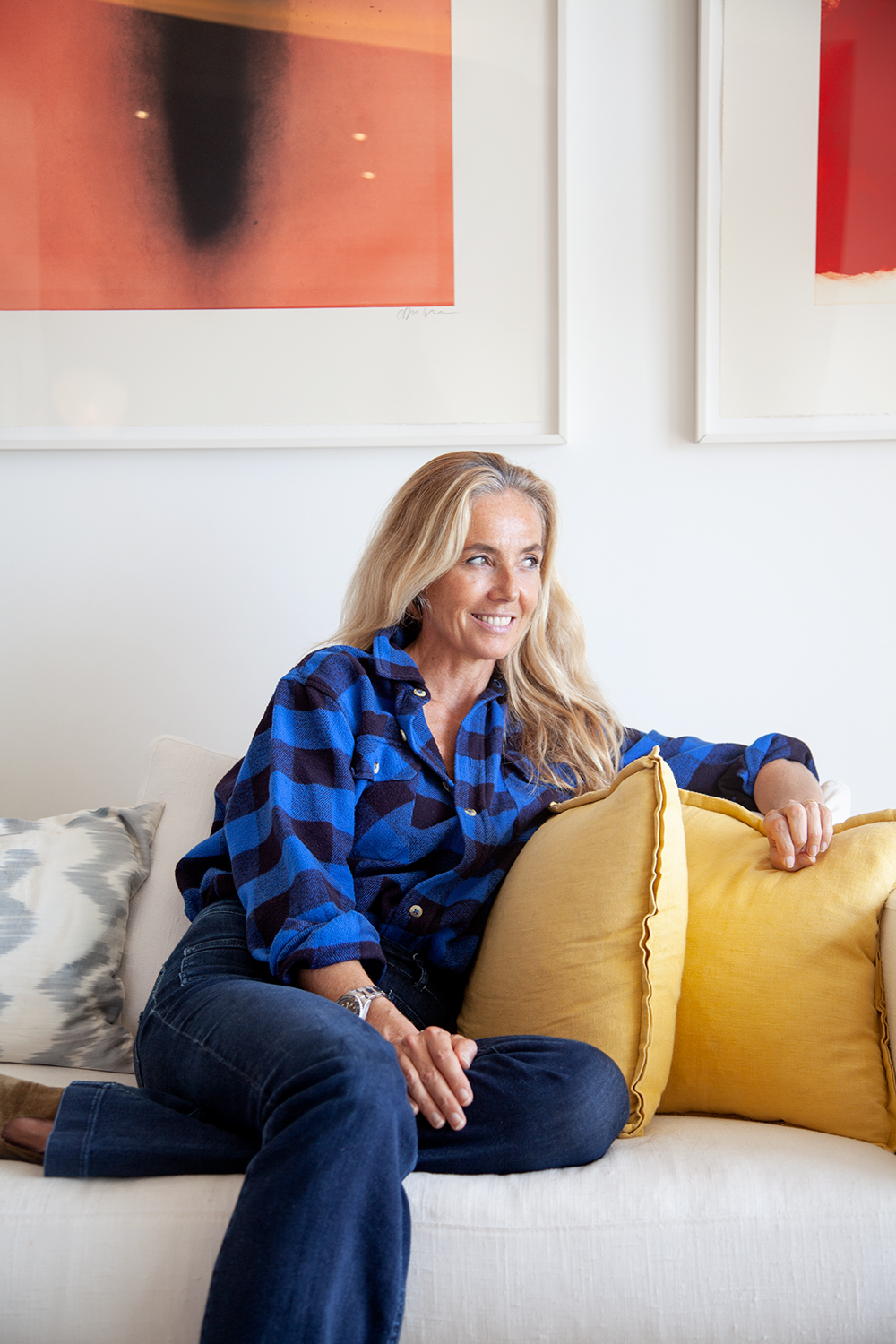 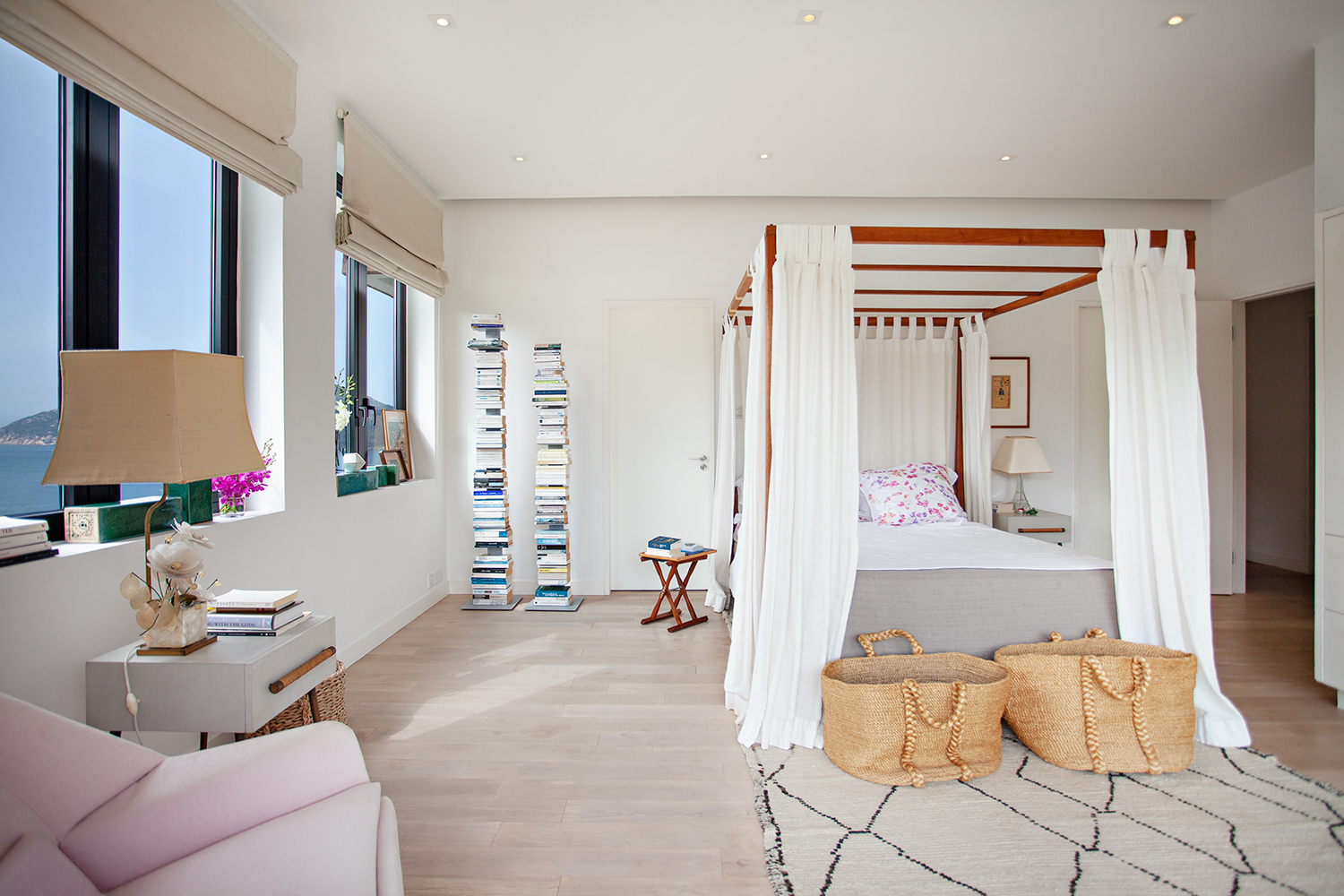 Her own background is a creative hybrid of art history, fashion, accessories and interior design, and the success of Insight comes down to this comprehensive understanding of aesthetics, colour and genuine craftmanship. The same design confidence is clearly communicated in her home.

The same design confidence is clearly communicated in her home.

“I work long hours and when I come back here, I feel like it’s my holiday home,” says Eve, who lives here with her husband and teenage children.

Luckily, the apartment had been recently renovated to a high standard before they moved in, but of course, personal taste is paramount.

The interiors were “not exactly what I wanted, so I let the space speak to me,” she explains while seated on a long white sofa. “You have to be humble enough to stand in that space and see what’s great about the space before imposing on that space.”

Eve uses the word ‘space’ regularly, a common refrain from Hong Kong residents wringing their hands over the lack of it. But Eve uses it in a more esoteric manner – space is something you can feel and imagine, therefore work with. It can be found, particularly in older buildings. The truth is – as Habitat knows – there are many such structures in Hong Kong if you do as Eve suggests and envision beyond initial appearances.

“I looked at the light flooding in,” she says of her first apartment viewing, “and realised I wanted to add to the freshness, the greenery, the sunshine … and bring natural materials with colours like saffron and blues. It’s a happy, sunny place.”

Perhaps why Eve’s apartment feels as relaxed and effortless as she does is that her approach to design is not to follow (she tries not to read interior design magazines, to avoid doing what everyone else is doing). Unlike many designers, she does not spend hours seeking inspiration. It is something innate and therefore comes to her. The result is a home that appears uniquely unfussy while drawing in the eye.

Take, for example, the art work and decorative items enhancing – not cluttering - her light shade of flooring (no brown parquetry here) white walls and timber finishes.

“Art is important for me because of the craft, which is why I love drawings and items where you can see the handcraft. I also love old prints from the 1930s.”

Artists in her home include the fantastical works of Indian artist Rina Banerjee and Spanish sculptor artist Eduardo Chillida, with his dramatic industrial-style shapes. Four emotive prints from another Indian artist, Anish Kapoor, allow a burst of mystical colour above the white sofa.

Of her approach to colour: “These (Kapoor) prints are the start of the conversation, with the white sofa for synergy. The cushions (mostly blends of yellows and blues) have to then talk to that.” 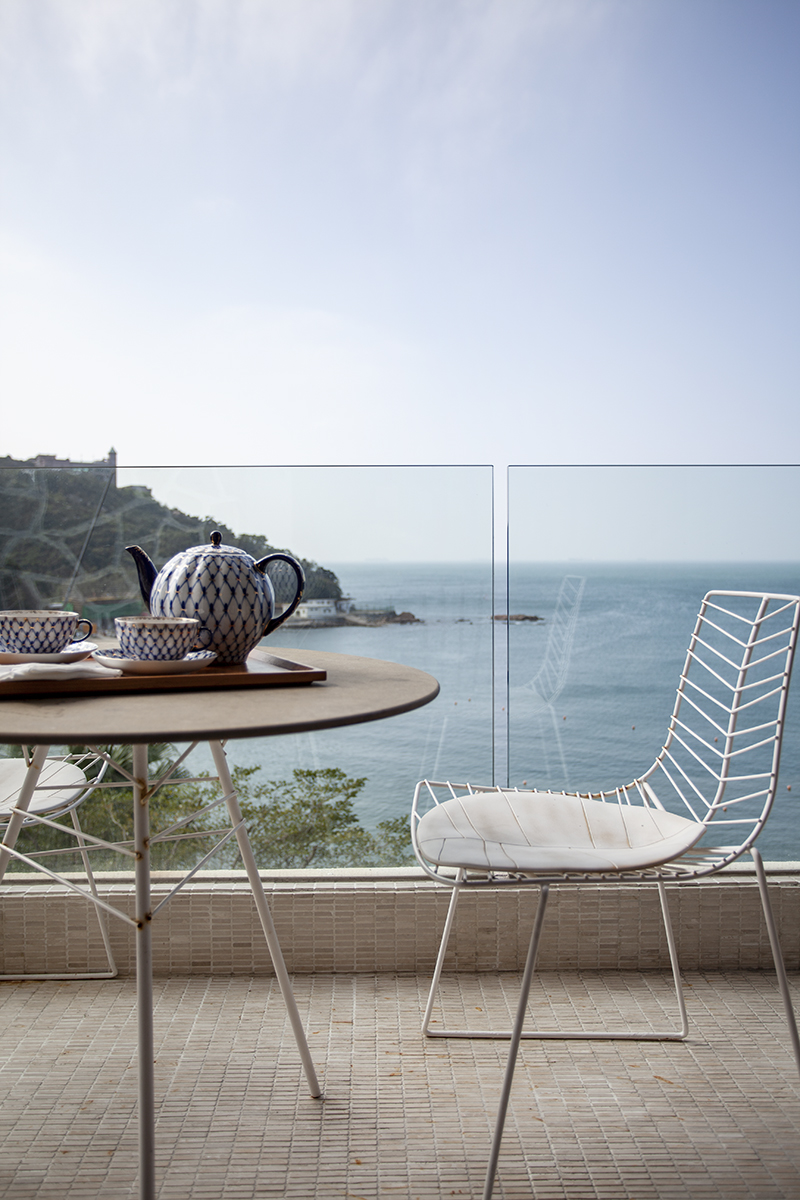 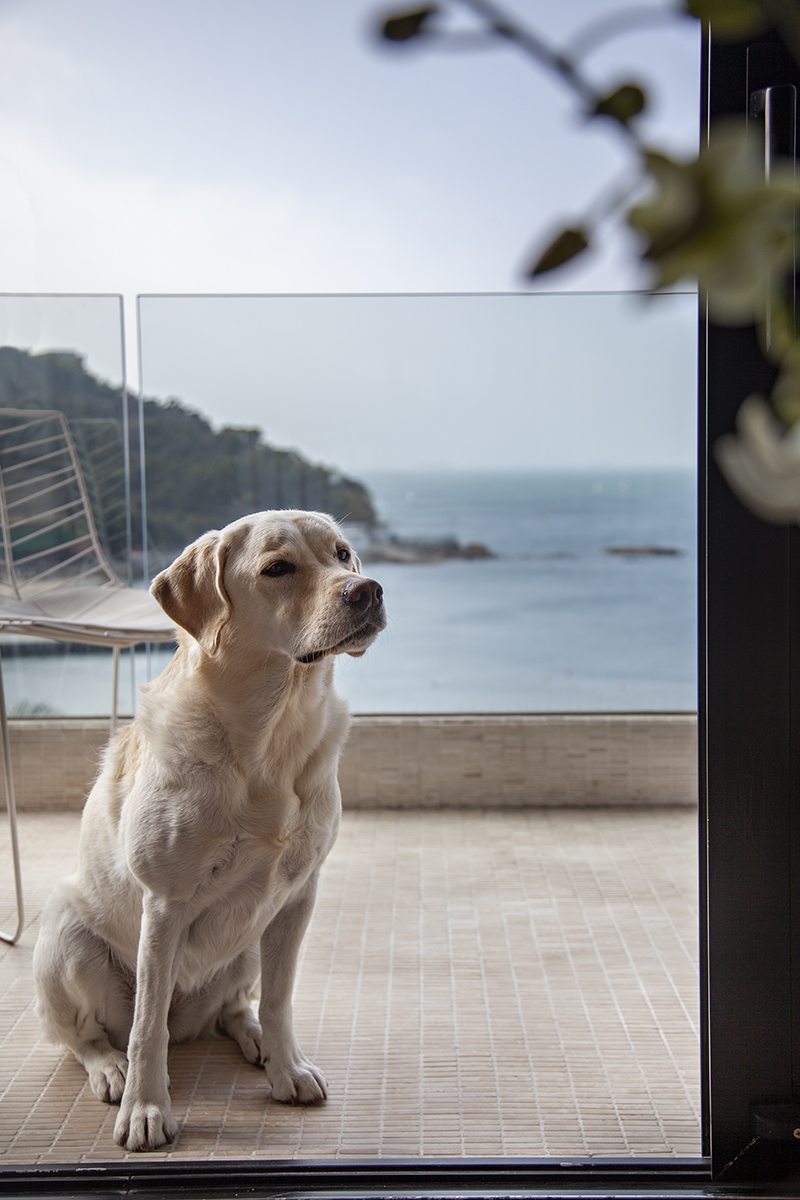 For Eve, art can be humble and yet highly prized, depending on your response to it.

As such, her decorative touches are from as far afield as flea markets in Paris and China, with woven baskets from South Africa holding a particularly special place in her travel memory.

“The graphics are phenomenal.”

Her approach is to her own home is the same one she conveys to her students. “It’s not about copying a look. It’s seeing where shape plays with colour. It’s conscious, active, clever design.”

The longevity of her space choices are proof she has created something special.

“Whatever I have done to this apartment, I have not touched it since,” she says, walking down the corridor and opening the door to the terrace from the master bedroom. A muted, feminine softness is prevalent, similar to her twins’ pale-hued bedroom, also with its own terrace overlooking the sea and manicured tropical communal garden below.

A spare room/TV room is accessed via a second bathroom from the twins’ room. This has a cosier, more practical atmosphere. A study off the living room, a modern kitchen and a spiral, wrought iron stair case leading to the kitchen for separate access are the finishing touches.

The mood is calm, the colours broad yet understated, the natural light enviable. It’s easy to imagine coming home, kicking off your shoes and admiring the creative spirit of selected items allowed to be given space to shine.

“People are afraid to play with colour and they go to beige,” she adds, “but this can be murky and sad. We need to feel that our furnishings tell a story. Try things that talk for you. You don’t want to be passive, in a role where you’re being influenced without noticing it.”

Wise words from a woman who has created a home that feels like a welcoming escape in a sought-after village community.

Share Article
Looking to move and seeking exceptional service?
GET IN TOUCH
FOLLOW US ON INSTAGRAM
DROP US A LINE ON WHATSAPP
How can we help?
Our team are ready to answer your enquary so please fill in the form below.
請填下資料.
Be inspired
Sign up for Habitat Property's newsletter歡迎訂閱我們的電子新聞。
We use cookies to offer you a better experience, analyze site traffic, and serve targeted advertisements. By continuing to use this website, your content to the use of cookies in accordance with our Privacy Policy
ACCEPT