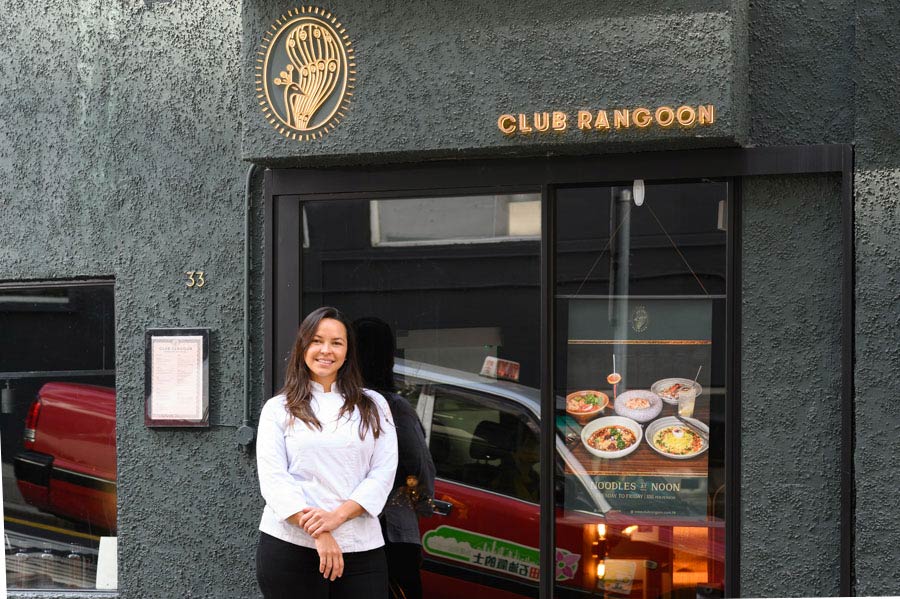 In this ongoing series of interviews with professional chefs, Habitat will take a peek at how they run their kitchens at home, what pantry staples they can’t do without, the dishes that marked their childhood and the ones served most often on their own dining table. Apart from their top tips for hosting at home, they will share a simple yet delectable recipe to add to your repertoire.

This month we spoke to Karisa Cheque, head chef of Club Rangoon – the first Burmese restaurant in Hong Kong that opened its door last year. Originally hailing from Brazil and formerly with Brazilian restaurant Uma Nota, Karisa spent a year travelling in Burma and immersed herself in the cooking techniques and recipes passed down through generations. Her creative renditions of authentic Burmese dishes, many of which are what the mother of Club Rangoon’s founder, Nelson Htoo, would cook for him when he returned home, channel a profound sense of heartiness, warmth and comfort that quickly earned praises from local foodies. 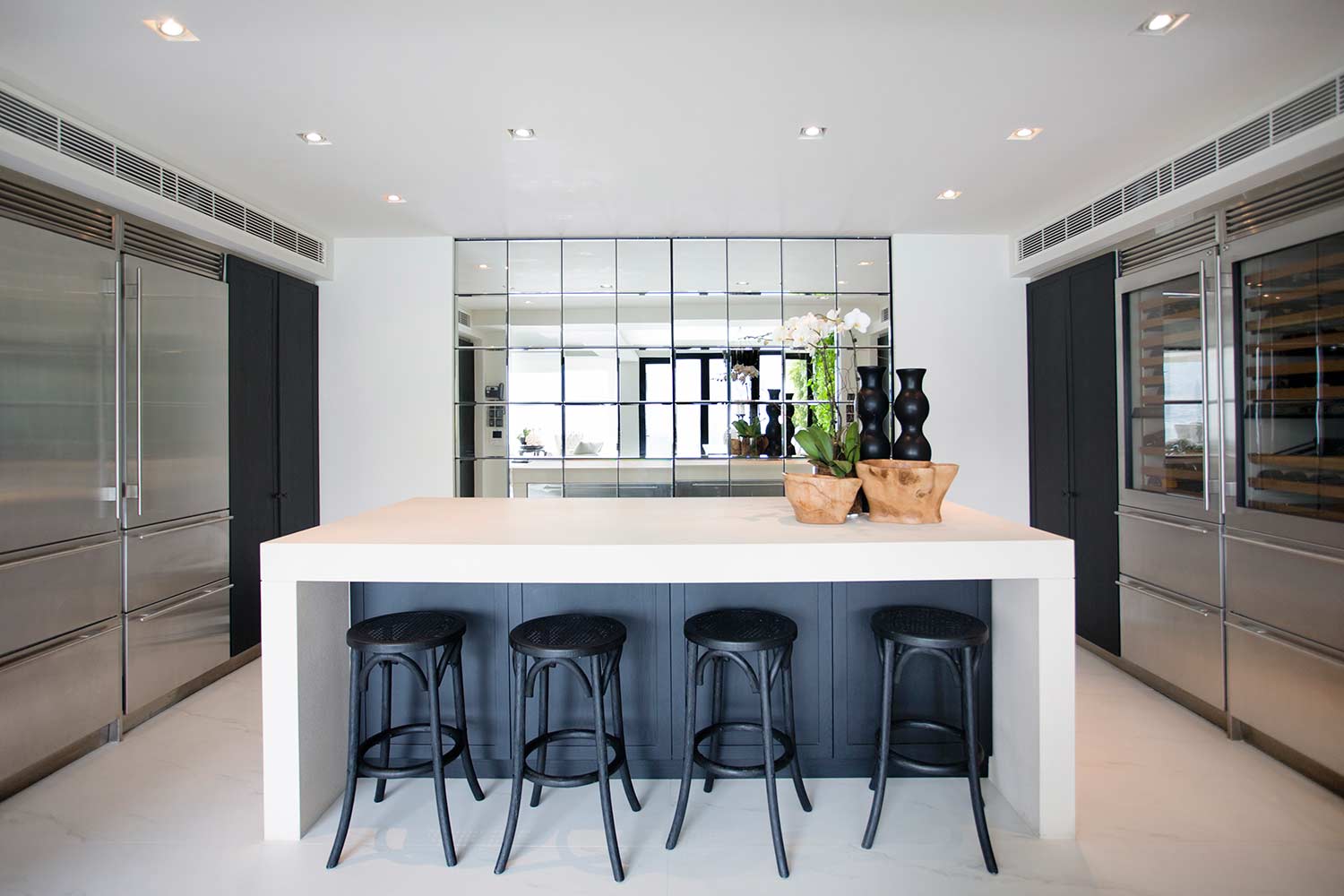 1. How do you spend your time at home these days?

Because of my busy daily schedule, when I have a day off I like to just relax, cook some food, listen to some music, take care of my plants and myself.

2. How often do you cook for yourself / order takeaways and where from?

Every time I get an opportunity, I cook for myself. Normally when I order food it’s at the end of the day, either I’m too tired to whip up some food or my fridge is empty. I like to try different restaurants every time when I order too, it’s a good way to try some dishes that I have never tried before. 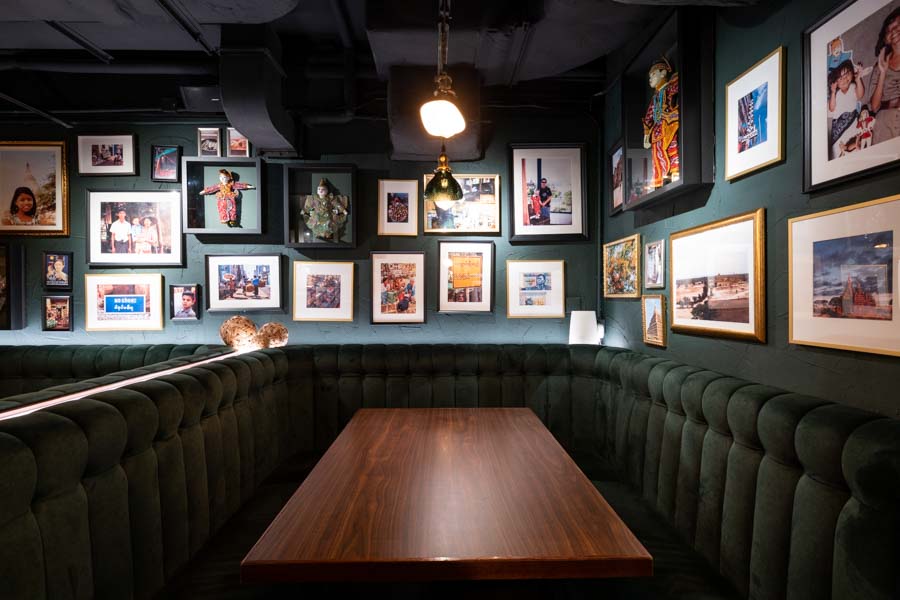 3. What’s your signature home-cooked dish? What’s your favourite food to eat at home vs something most requested by your family and friends?

Back in Brazil with my family, they are always willing to try something different, but one dish that they really like is my beef parmigiana. It’s one of the first recipes that I cooked for them many years ago and the way they reacted and ate everything shaped who I’ve become today.

On my birthdays I always had friends at home and used to cook Feijoada, a traditional Brazilian dish made out of black beans and pork, served with rice, farofa, kale, bacon, fried banana, and vinaigrette. I really love the taste of this combination, and my friends like it too. 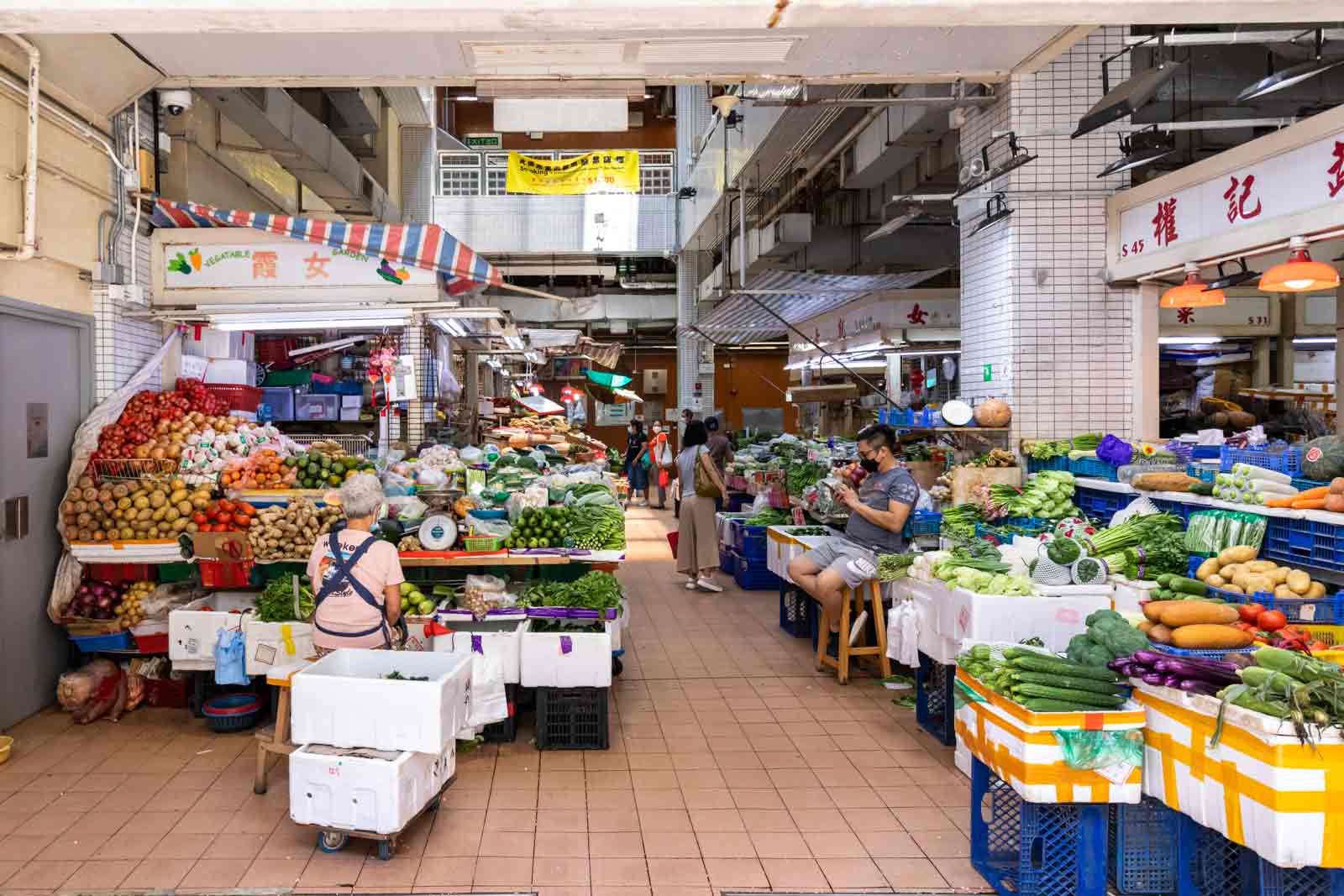 4. Where do you go for groceries? Do you plan your shopping in advance with lists or follow your heart?

You can usually find me at the local markets, City Super or some specialised stores. I always follow my heart in everything I do so this is no different. I am always on the hunt for fresh ingredients, great deals, and great quality.

5. Any advice on how to stock our fridge and pantry?

The best way to organise fridge and pantry is to use clear containers and organise similar ingredients together. For the vegetables and fruits I always wash, cut and divide them into smaller portions to make my routine easier.

6. Three ingredients/staples you always have.

7. What is your approach to entertaining at home – do you cook to impress or keep it casual and fuss-free?

I’m 100% fuss-free but of course I'm letting my cooking do the talking. I love it when the food looks simple but when you taste it, it blows your mind and makes you want to keep going for it.

8. When hosting dinner parties at home, what else do you pay attention to? Tableware, flowers, music?

I like to take care of every aspect for special occasions like birthdays or holiday celebrations. Normally I would have a team to help me to serve, make drinks and tidy up the place after. I used to host a lot of celebrations back at home. Since I have arrived in Hong Kong, whenever the opportunity arises I would invite some close friends for a feast.

9. What's on your playlist when having guests at your dining table?

My style of music is more electronic like House, Deep House, Techno. Some artists I really like are Betoko, Dj Mau Mau, Victor Ruiz, Illusionize, and Vintage Culture. Yeah, didn’t think you would know them.

10. What's your favourite HK food and why? Can you make (some versions of) it at home?

I love dim sum. Small bites that are full of flavours and we get such a variety in just one meal.

11. What do you do / where do you go to unwind on your days off? Do you have any personal rituals to relax?

When the weather is good I like to spend my day at the beach, especially when it’s full moon. I really enjoy hiking and swimming. It’s important for me to be close to nature, especially when we are always in a confined space most of the time. 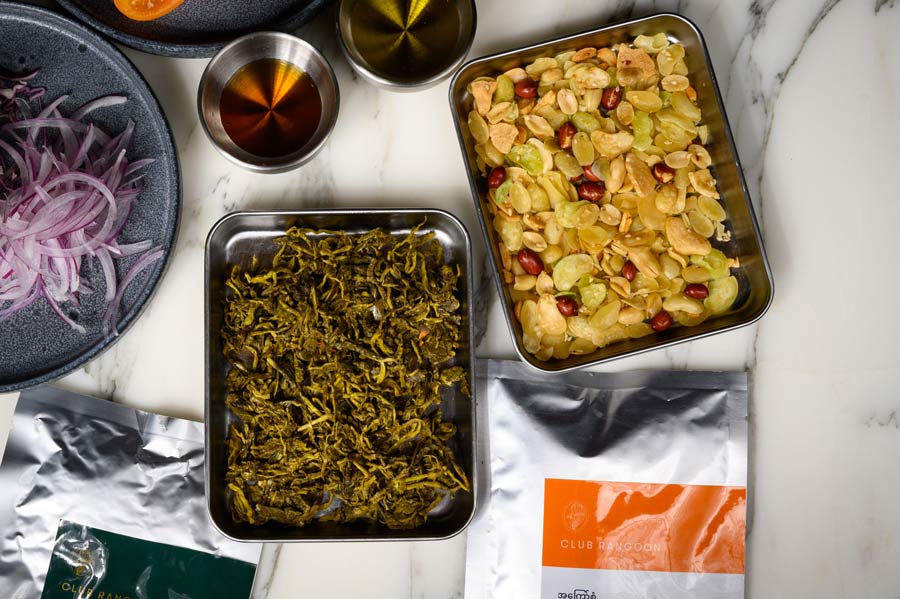 12. One dish that inspired you the most or means the most to you.

It's got to be the parmigiana. I have vivid memories of my family’s reaction when they ate it the first time. Even today when my friends try my parmigiana, their reaction makes me really happy. There is no better feeling than seeing people enjoy the food I prepared and smile after their first bite.

13. Your most memorable food/cooking experience from childhood.

Cooking with my grandma. She was an amazing cook and I remember she used to make chicken feet, chicken heart, liver with onion with rice and French fries for me. She also made an amazing polenta with okra and chicken stew, and used the condensed milk to make Doce De Leite for the family. We can all agree that after we tried her Doce De Leite, we could never have the supermarket one again. There are so many great memories – I could talk about them all day long. Being successful at my job today makes me feel closer to her.

14. How do you stay inspired and motivated these days?

My philosophy is gratitude. I’m inspired every moment for the simple reason that I’m alive and doing what I love to do. I feel really blessed to be in Hong Kong and am grateful to have the opportunity to serve authentic Burmese cuisine for the people here. I know it’s a difficult time for everybody, but we need to stay positive and take care of ourselves, review our values and priorities, for when things get better we will be in a better place. Live life by the moment because we have no idea what could happen in the future. So enjoy the ride with love and kindness, be a good and honest person, for you and for others. 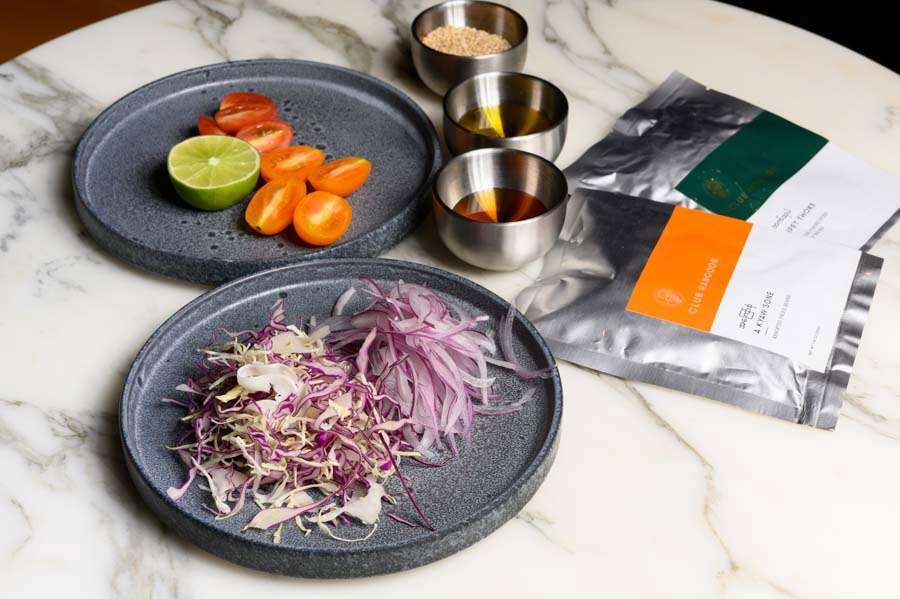 15. What brought you to Burmese cuisine and what did it teach you about cooking / sharing food?

My journey with Burmese cuisine started 1 year ago when the founder of Club Rangoon, Nelson Htoo, approached me with his new project. At first I had no idea what Burmese cuisine was. After some research I decided to take the risk and we met up for an interview. Funnily enough, the interview just lasted around 5 minutes – it was an instant connection and destiny! The first dish I tried was the Lahpet Thoke, a fermented tea leaf salad that is full of flavours and texture. From this dish I could feel that the Burmese gastronomy was something special – very homey, comforting, full of love and flavours. You can be from anywhere around the world, but when you eat Burmese cuisine you really feel like tasting food that’s made right at home. 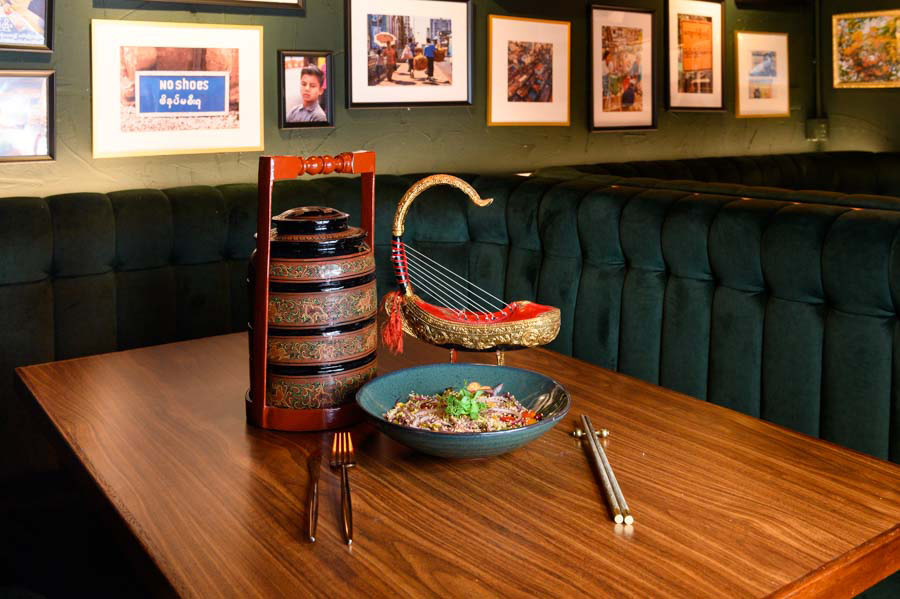 Share Article
Looking to move and seeking exceptional service?
GET IN TOUCH
FOLLOW US ON INSTAGRAM
DROP US A LINE ON WHATSAPP
How can we help?
Our team are ready to answer your enquary so please fill in the form below.
請填下資料.
Be inspired
Sign up for Habitat Property's newsletter歡迎訂閱我們的電子新聞。
We use cookies to offer you a better experience, analyze site traffic, and serve targeted advertisements. By continuing to use this website, your content to the use of cookies in accordance with our Privacy Policy
ACCEPT