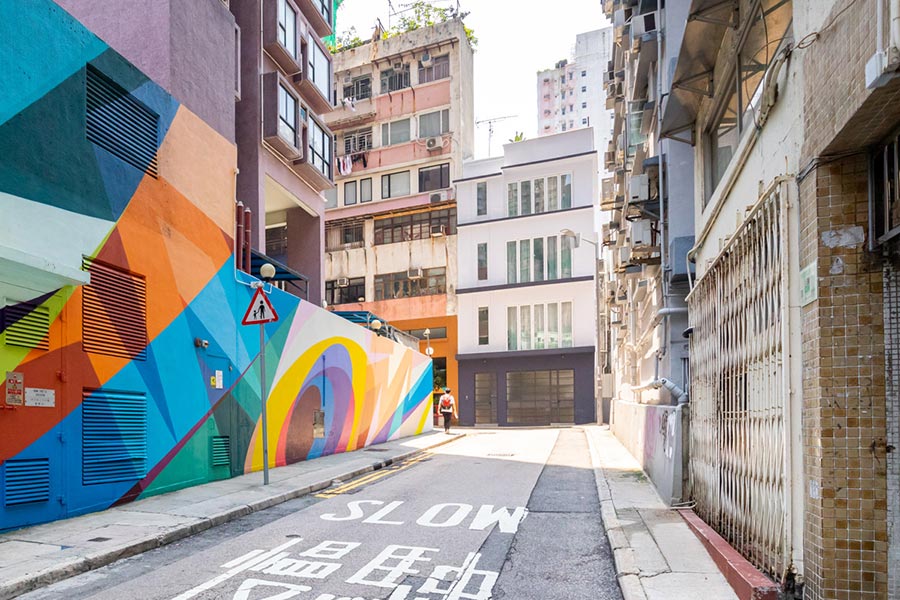 The Charm of Walk-ups

Other than the soaring skyscrapers and neon signage, the most prominent feature of Hong Kong’s cityscape is probably the walk-ups, or Tong Lau in Cantonese, which literally means “Chinese building”. A stark contrast to the glistening glass towers with commanding views, these multi-storeyed dwellings are nestled in the city’s bustling downtown, the signs of history evident on their time-worn façade.

Something You Should Know

This type of housing, more accurately called “tenement house” or “shophouse”, was once a staple of urban living in Southern China and Southeast Asia for the urban settlers, reflecting how the living quarters were carved up and shared between different tenants, while the ground floor was occupied by small businesses. One of the oldest walk-ups that is still standing today is no. 120 in Wellington Street – built around 1880, it was where the 130-year-old Wing Woo Grocery used to be until it closed in 2008, and the building was subsequently sold to the Urban Renewal Authority. In a city where development is often favoured over heritage preservation, many tong lau were torn down to make way for newer, taller developments. Yet in the past decade or so there has been a renewed interest in preserving the city’s cultural roots and identity. 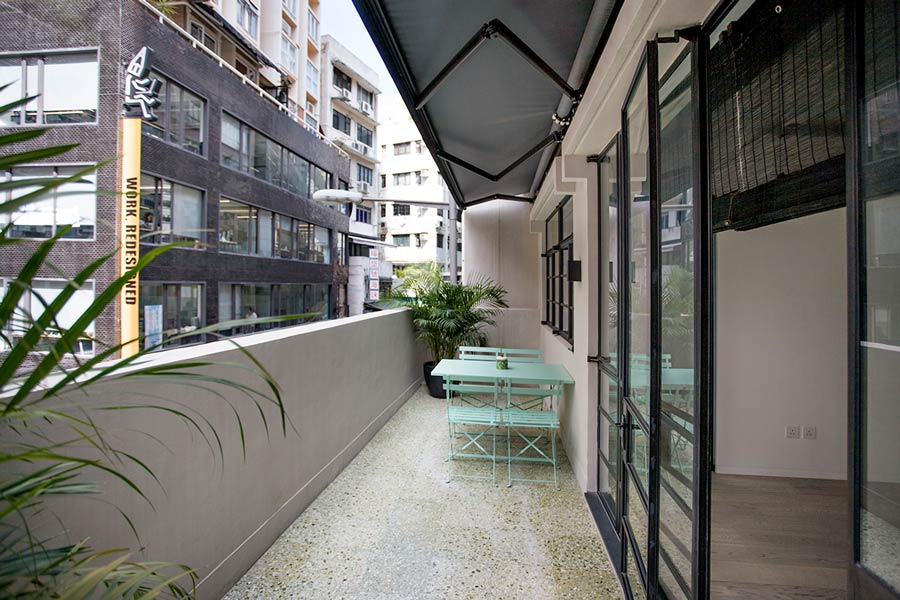 After the turn of the 20th century, new regulations were introduced and a lot of the then existing tenement houses were rebuilt to ensure better health and safety and to adapt to the subtropical climate. Ventilation was vastly improved, the ceiling height was increased and the windows were enlarged; in some buildings, cantilevered balconies allowed for extra natural light. The majority of tong lau we see nowadays, especially the taller blocks, were built between the 20’s and 60’s with reinforced concrete, replacing the Cantonese green bricks and wooden beams that were once the key structural components. The brightly coloured tenement houses on Stone Nullah Lane in Wanchai are such examples. 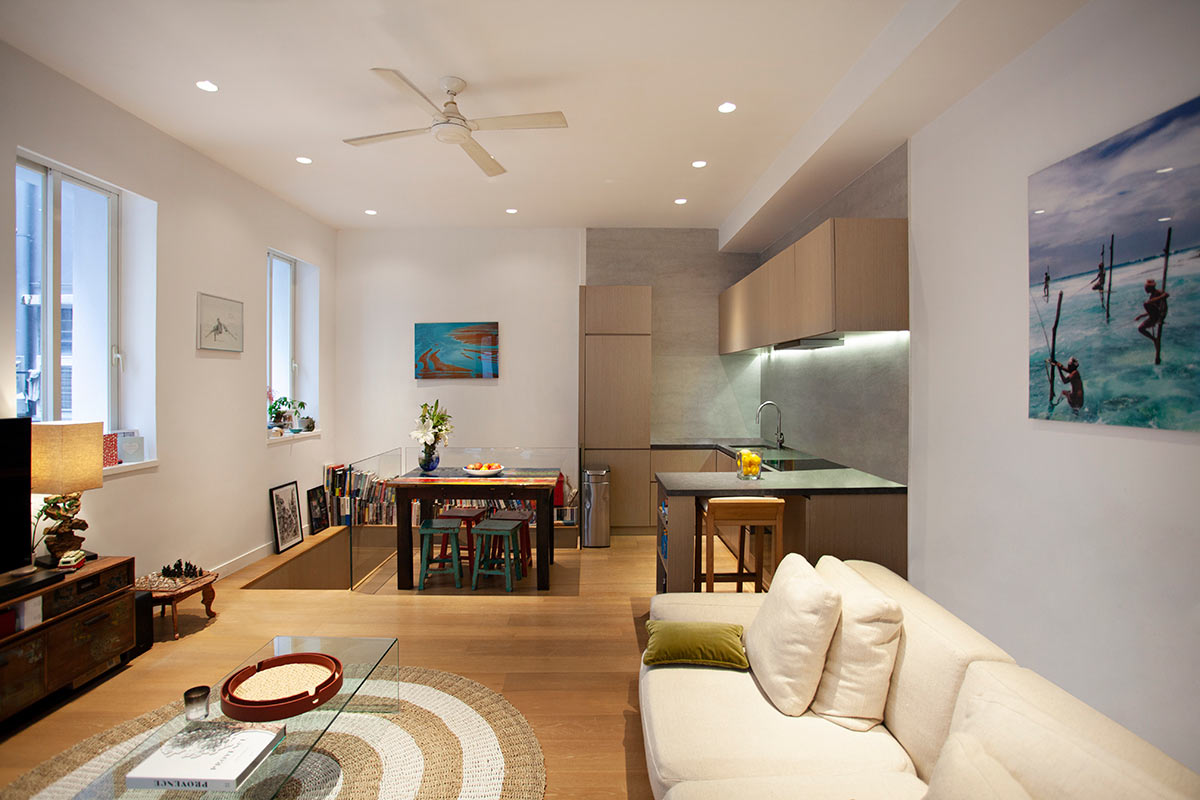 Something You Should Know

Tong lau has had a bad rep since it fell out of favour in the 60’s when high rise apartment and commercial buildings dominated urban development. Many tong lau have seen better days and do not come with a lift or management; while that inconvenience is usually reflected in the prices, the dilapidated buildings may require frequent maintenance and occasional repairs that can become expensive. There may even be pre-existing illegal structures that need to be removed if required by the Buildings Department.

That said, this vernacular architecture that embodies the bygone era of old Hong Kong is unique and irreplaceable. As the number of tong lau dwindled, and some controversial redevelopment projects caught the public’s attention, many people began to realise the importance of preserving and protecting built heritage that is integral to the city’s history and cultural fabric. The approach to urban revitalisation has begun to shift from demolition and rebuilding from scratch to maintaining the existing structures and granting them a new purpose. In recent years, the Blue House Cluster and the Pawn in Wanchai, Lui Seng Chun in Mong Kok, and PMQ and Tai Kwun along Hollywood Road are fine cases of makeovers which not only saved the buildings from the wrecking ball, but also gave them a new lease of life – one which younger generations can take part in. 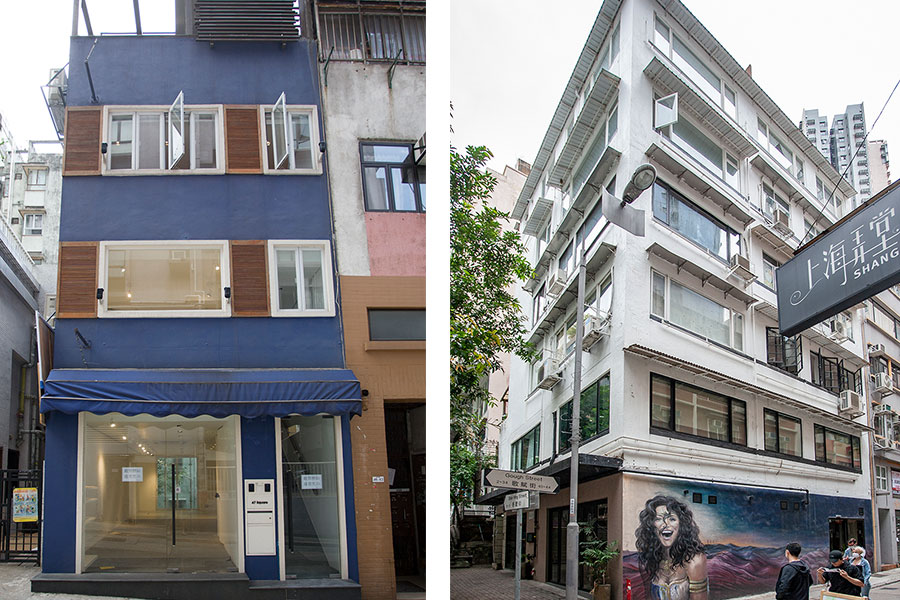 With hoteliers and restaurateurs leading the way in converting tong lau into trendy eateries and lodgings, many landlords are inspired to transform their apartments within tenement houses to attract a more discerned clientele and increase rental return. Initially the renovation might be a challenge, both technically and financially, though the marriage of yesteryear’s architectural charm and today’s modern finesse, if achieved, can produce an extraordinary interior experience that will enamour the design-conscious. It is rare, if it occurs at all, for newer residential buildings to match the higher ceilings, better usability and greater sense of space in low-rise tong lau, which makes a home more humanistic and evokes more character. 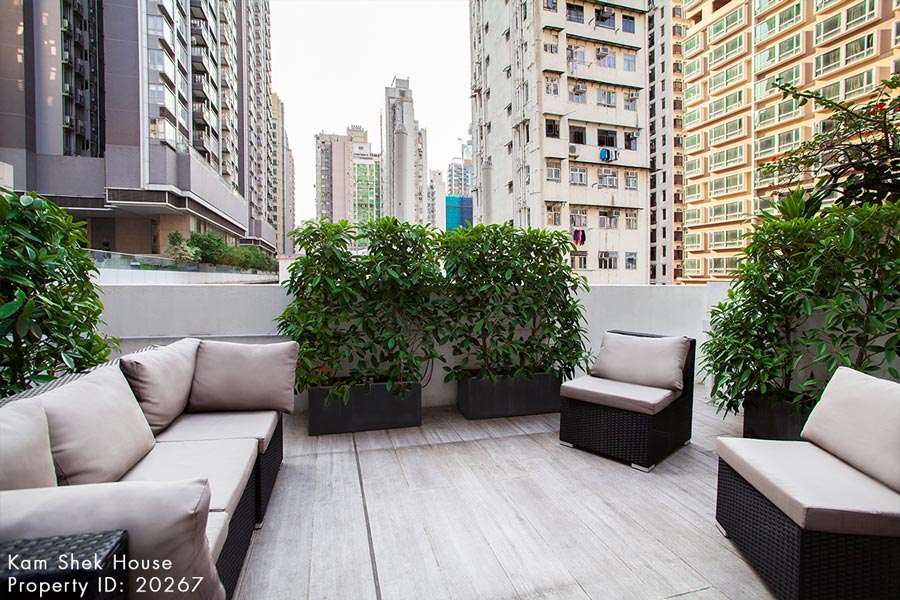 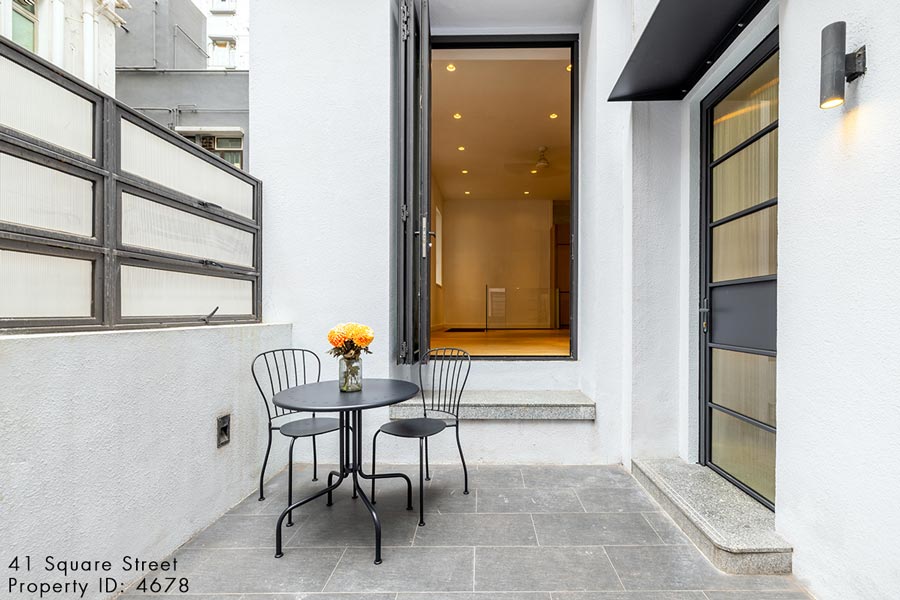 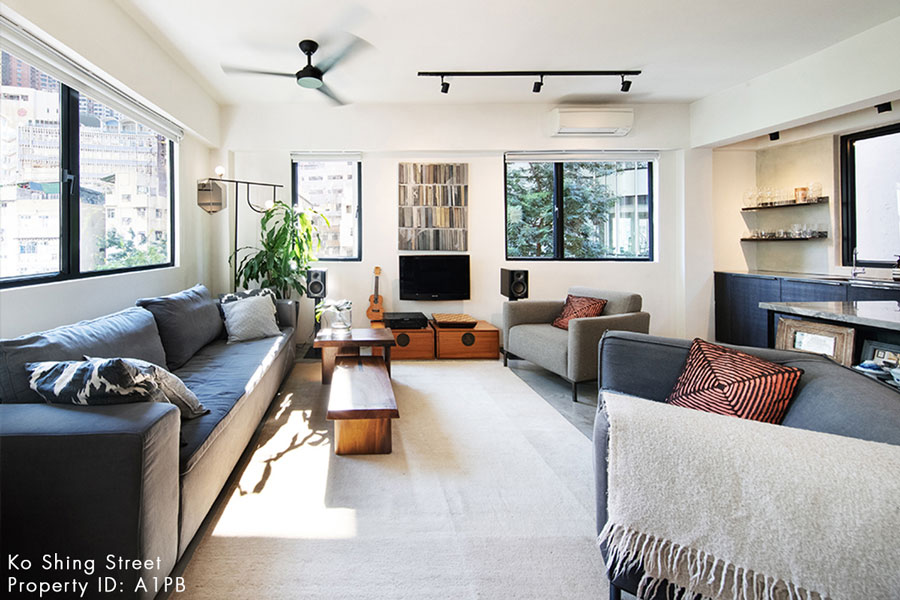 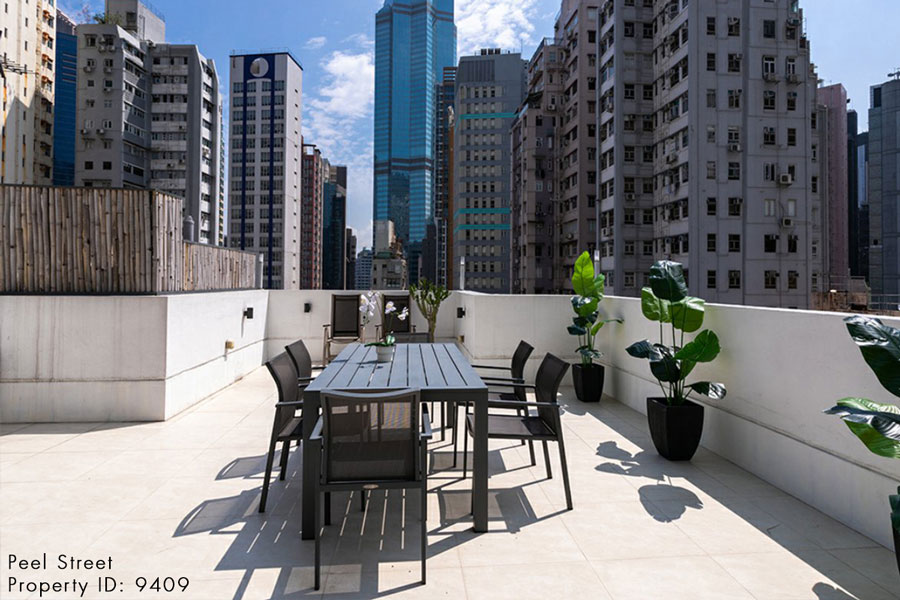 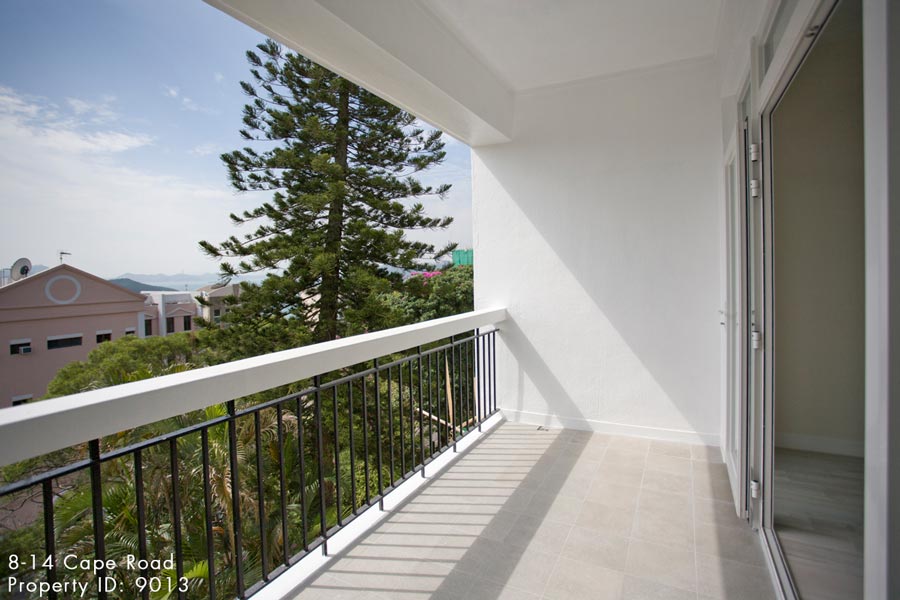 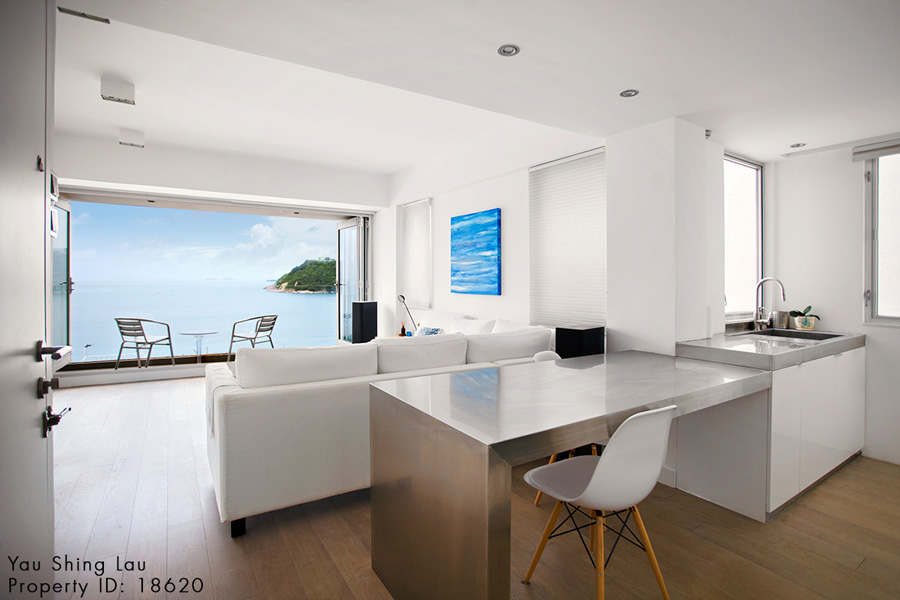 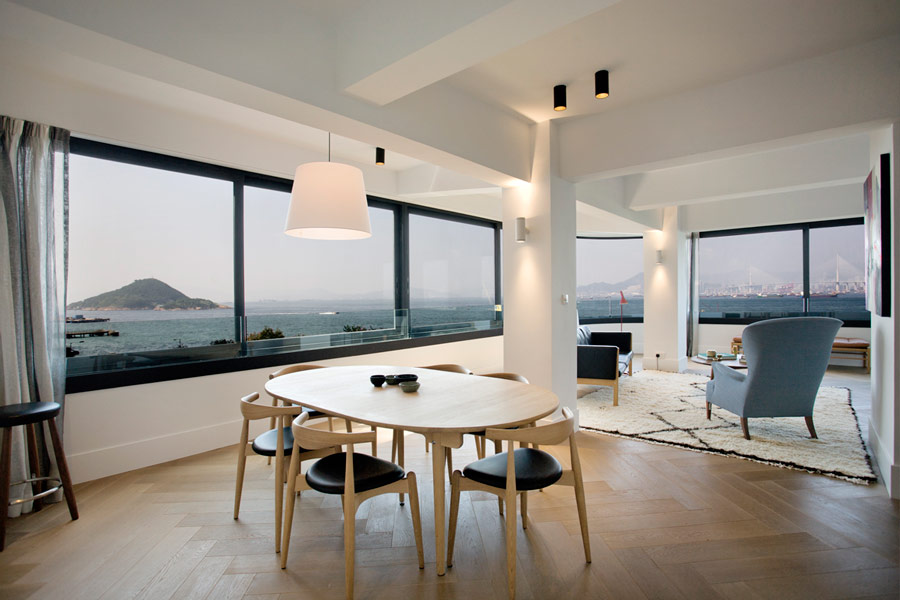 If all of this sounds daunting, consider entrusting the work to professionals. Our expert and leading Real Estate Management division, Habitat Property Management Limited specialises in handling everything on your behalf and removing the hassle - from acquisition, and renovation to leasing the property – to ensure the minimum stress and maximum returns for you. Tung Fat Building in Kennedy Town, right above the beloved modern Mexican restaurant Chino on New Praya, is one of Habitat’s proudest tong lau revitalisation works of late. It is a testament to Habitat’s capability in manoeuvring transformational projects on this scale and at this level of complexity. Whether it is a walk-up flat you want to revamp into a cozy abode, or a block of tong lau for which you have more ambitious plans in mind, Habitat is your reliable partner to make your dreams come true. 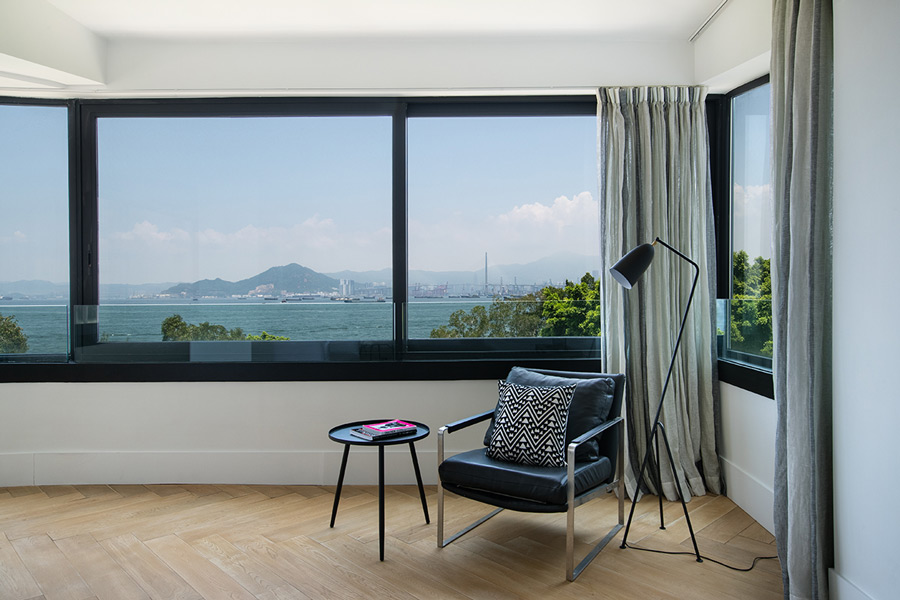 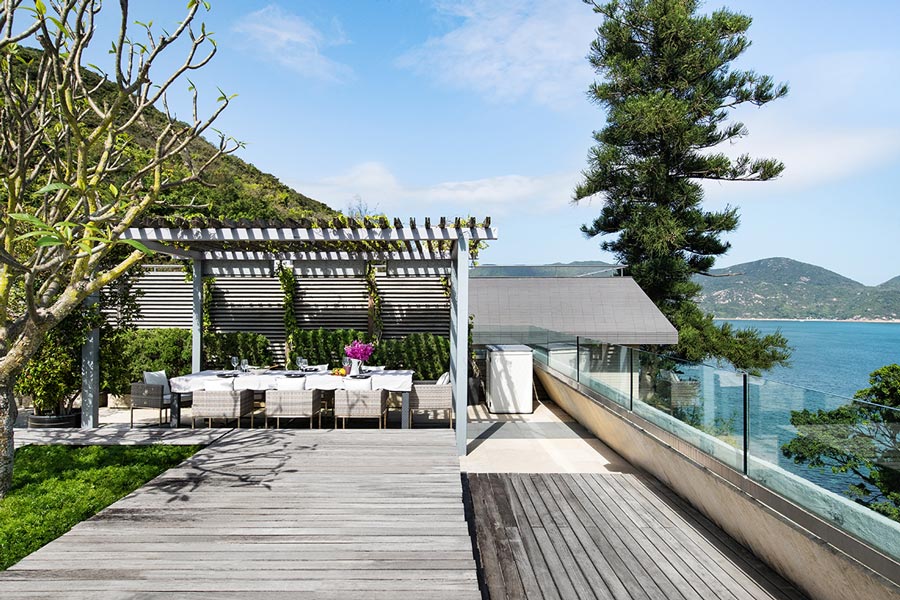 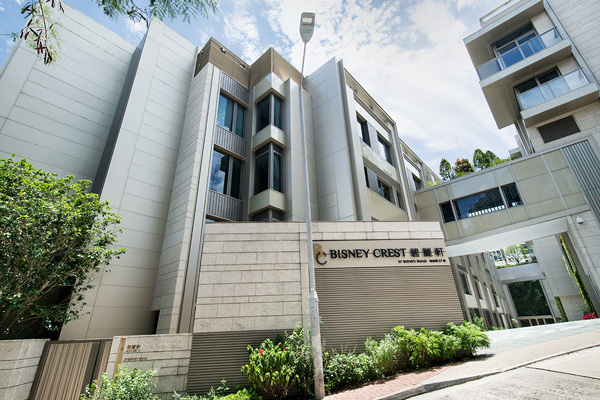 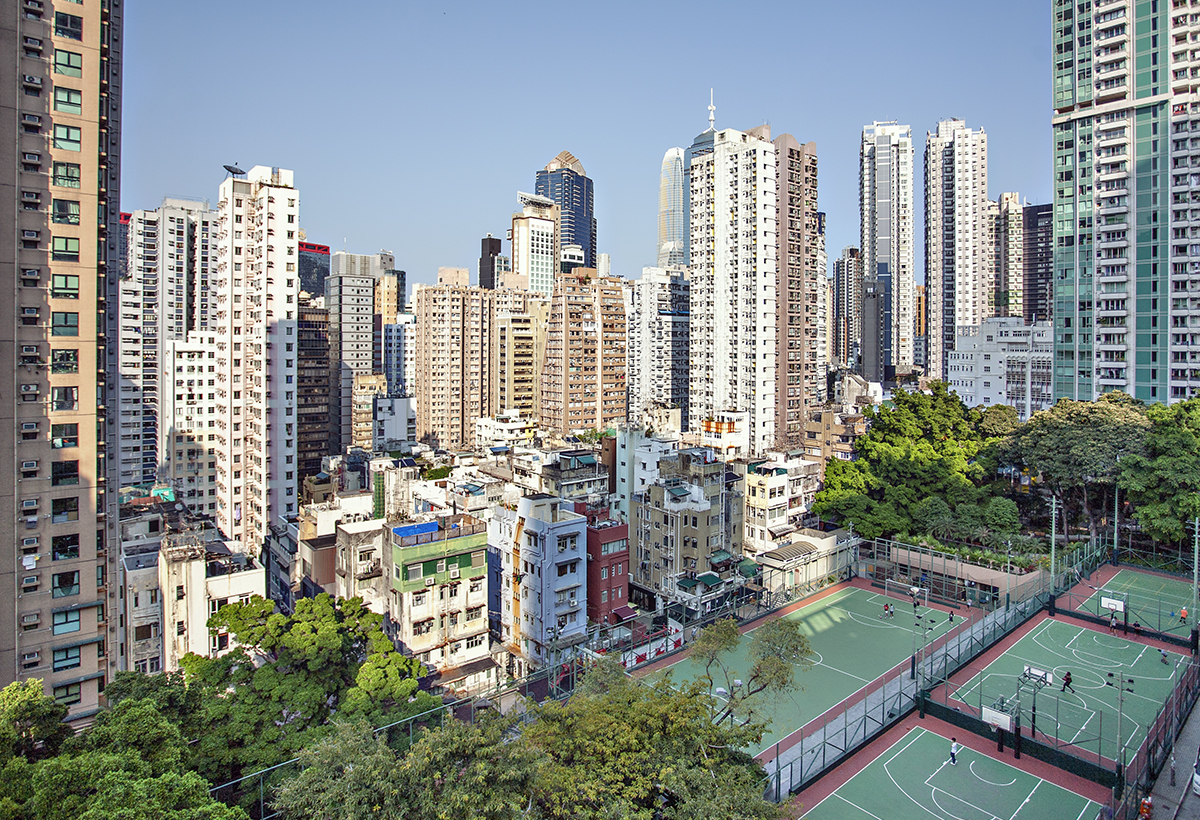 FEATURED PROPERTIES
A Good Time to Buy
We continue to see value opportunities in the Hong Kong Property Market as new stock becomes available and realistic pricing prevails. Explore the range of Properties for Sale from $15M-$50M.

FEATURED PROPERTIES
Investing in a Pied-à-terre
Our latest edit of Pied-à-Terres showcases a range of properties for Sale. Stylishly renovated, centrally located and easy to maintain, offering the perfect investment or easy living opportunity.
Be inspired
Sign up for Habitat Property's newsletter歡迎訂閱我們的電子新聞。
We use cookies to offer you a better experience, analyze site traffic, and serve targeted advertisements. By continuing to use this website, your content to the use of cookies in accordance with our Privacy Policy
ACCEPT